Army in a Box: Ironjawz 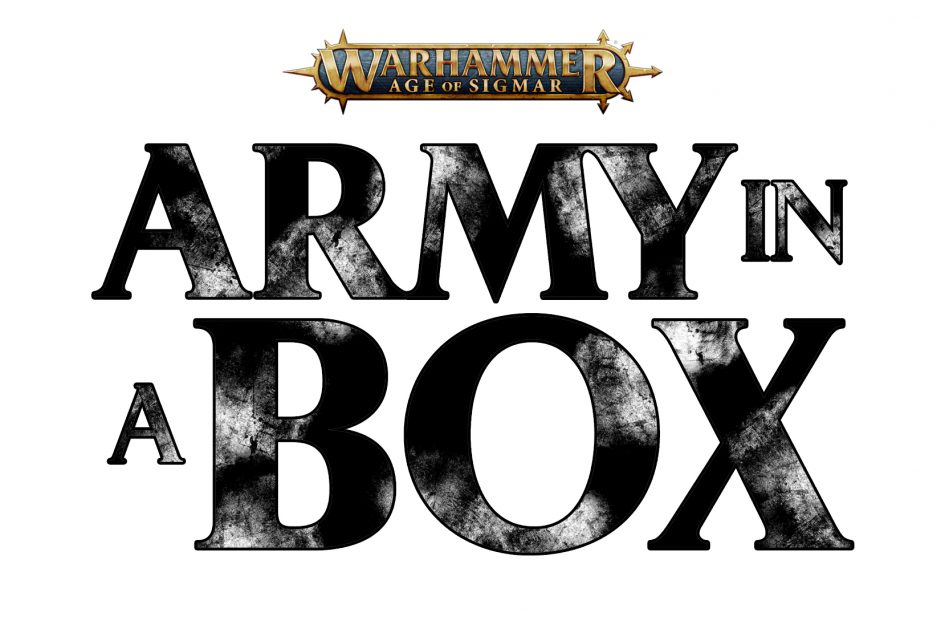 A new series that takes you from a Start Collecting! Box to a 1,000 army

Oi! I see you eyeing that Start Collecting: Ironjawz box there, and why wouldn’t you? These boys love a good scrap and so do you. No need for all that finkin’ and strategy, you just want to get in there and smash some models in! Well, my friend, heed that call of the WAAGH! in the back of your mind there and grab that box. It’s the best place to start.

I know what you’re thinking, “There’s only 14 models in there, how can this be a good place to start?” Ironjawz are the elite Orruks army and as such are lower model count. However, even with that lower model count, those models are packing quite a punch. Let’s break down what’s in the box.

What great stuff we got here, the bread and butter of an Ironjawz army. This here is $166 worth of models for the wonderful bundled price of $95. You are already ahead on the spending game as you probably wanted all of these for your army anyway, and saving $70 is always a good deal. You get 2 battleline options for your army as well as an important hero to lead them along. Before we get into list building and thinking full scale army though, let’s build the models!

The 3 Gore-gruntas, the boar riders and general cavalry option for the Ironjawz, can be built with Jagged Gore-hackas (spears) or Pig-iron Choppas (axes). I personally recommend the spears here. It may be one less attack per model, but those attacks can do more by benefiting from their abilities on the warscroll and getting a buff to hit and wound. With the Ardboys, there isn’t much specifically to watch out for. You get 2 sets of sprues and each of them make 5 models. Just make sure you make every kind of model so that your unit can max out on the abilities. That means you’re going to have 2 banners (make one of each kind), 4 models with shields (no, not everyone is allowed to have a shield), 2 drummers (it’s OK to have 2 even if the effect is redundant), and 2 leaders (even if only one is active in a game). The last unit is the warchanter, a support hero whose entire job is to whip your Orruks into a frenzy. There isn’t much to say about him except choose for yourself how many of the bones you want and whether you want to include his knife at his side or not.

Now let’s look at how we play these guys. Outside of the models themselves, each army has general allegiance abilities and sub-factions that you can choose from. Looking at Battletome: Orruk Warclans from which our army’s rules come from, we shall choose the Ironjawz allegiance and get some sweet abilities that give us a lot of extra mobility to counteract the slow movement speed (4 inches) of the Ardboys and the Warchanter. For Warclans, pick either of the Bloodtoofs or the Ironsunz. They are both fun to play, and we don’t have a good way to play Da Choppas right now. Anyway, your Warchanter is now your general with the command trait of the Warclan you chose. Equip that Warchanter with the Get ’Em Beat as well to have the ability to increase your charge distance. Remember, mobility is key!

Looking at points value, we want to (eventually) get up to a 2,000 points total for the army, with at least 3 units in the battleline role. The box here lands us right at 450. Not a bad start, but where to go from here? If you don’t have a dedicated idea, the best option is honestly to get another Start Collecting box. You’ll be at 900 points and have 2 Warchanters, which is exactly what you want because of an ability I haven’t touched yet: Violent Fury. This ability allows you to choose a unit and add 1 to the damage of each attack – that adds up fast, trust me. The flexibility of choosing 2 units is extremely beneficial as well. You also will have all the Ardboys and Gore-gruntas to field the required 3+ battleline units for a 2,000 point game. Now you’re sitting good for 1,000 point battle (yes, even though you’re technically short 100 points), and have a core to do whatever you want to get to 2,000 points. I recommend the Maw-krusha, it’s a real beater.

Age of Sigmar, Army in a Box