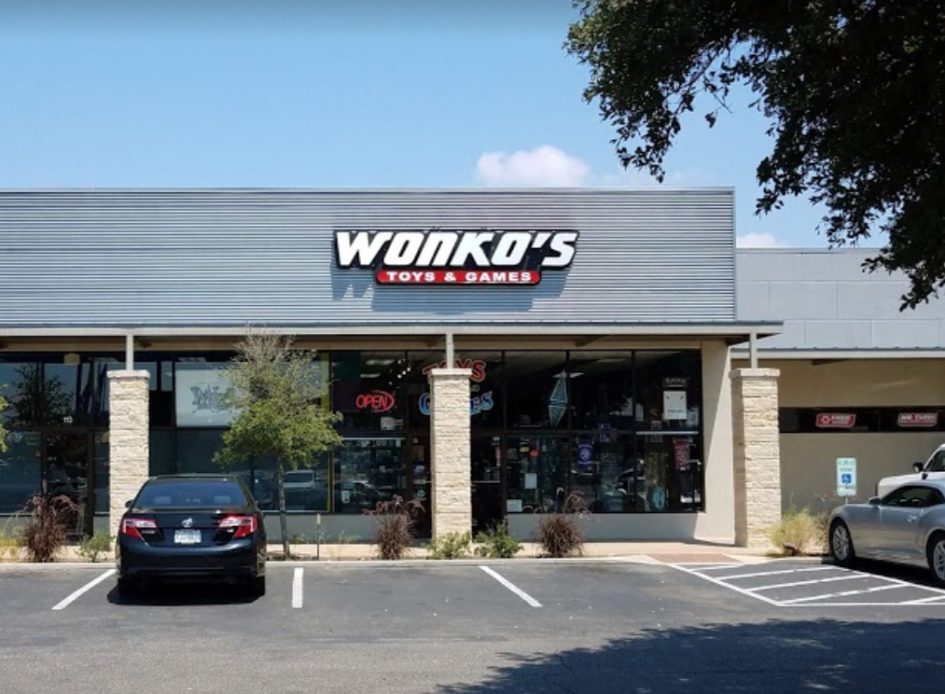 Matt Prinzivalli provides us with an update on Covid-19 and our favorite FLGS (Friendly Local Game Store) Wonkos Toys & Games.

With Covid-19 restrictions being relaxed a bit, we decided it would be a good time to check in with our friends at Wonko’s Toys and Games. I managed to track Matt Prinzivalli down again and we discussed how things are progressing at the shop.

Gene Radebaugh: Thanks for taking the time to follow up with me on our last interview. Since we’ve spoken, there has been a lot of anticipation of you guys reopening. Are there any plans for that, or a timeline that you’re aware of?

Matt Prinzivalli: Happy to talk to you! I miss you guys. Right now we are open for in store shopping. We are currently asking all customers to wear masks while in the store, but we still aren’t hosting in store play. We are trying to follow the city of Austin guidelines as far as events. If we end up moving into stage two where it’s seen as safe then we will look into hosting in store play again. We are still offering curbside and delivery as well.

GR: I know that you guys being open in any capacity has been a little bit of a normalcy during all this, even if its just meeting up to get some Nuln Oil or have social distancing-approved catching up.

That said, the City of Austin has put us back to category four restrictions due to the recent spike in cases. Has this affected the shop in terms of expectations for hosting?

MP: For the time being we are monitoring the situation as closely as possible. Obviously we want to get back to operating as normal but we want to do it safely. No one wants to be the store where people got sick. Especially since you’re all my friends and not just customers.

GR: That’s entirely understandable and its extremely appreciated. We all want to play, but not at risk of anyone’s lives or well-being.

Some stores around Texas have taken advantage of the restrictions being slightly loosened and actually are setting up reservations for table space, rather than first-come-first-serve – the idea being that by taking reservations, they can offer the space in a safe manner. Have you guys considered doing something similar?

MP: We are considering it but there are some issues that complicate things. We are a smaller store and even a few tables would take a lot of space. And it makes social distancing harder once you add staff and shoppers.

I think the goal is to have some control over the volume of people in the shop, but thats hard to do when you’re primarily a storefront that caters almost exclusively to walk-ins.

GR: Personally, I agree that it’s more headache than it’s worth, considering the potential financial stakes for non-compliance and health ramifications. But I digress.

MP: Haha no worries. We live in weird times.

GR: So, whats been going on in the shop since the mandated closures? Have you been able to take advantage of the downtime, and is there anything new that we should be excited about?

MP: We did actually. While we were closed we repainted the entire store even down to the floor. The place looks so much brighter and less like a dungeon! We also more than doubled our existing games workshop inventory and created a new shelving system for all of it so that we carry almost everything I could get my hands on. There is also a project underway involving making some permanent wargaming tables for the front of the store.

GR: That’s kind of incredible! The old layout was definitely workable, but I’ve seen pictures of the new setup on social media – its so clean and bright. Its almost like a new store!

GR: But I’m curious, what was the motivation behind doubling down on Games Workshop inventory? Has the hobby/game become more of a focal point for Wonkos?

MP: So, I’ll be honest. This is where I get a little emotional so I’m sorry in advance. Our community, and I mean everyone from Warhammer to Yu-Gi-Oh! and everything in between, kept us alive through the two and a half months we were closed.The people who came out to support us when we were hurting was incredible.

But by far, I think the largest group to come out in force was the wargaming community. From the second we opened our doors again I could barely keep the warhammer shelves stocked. It was mind blowing. We have seen some of the best sales days in the history of the company in the last few weeks and it’s meant everything. So we decided to put our efforts where our community was strongest. It’s literally the least we can do for the amount of support we have seen.

GR: This actually makes me tear up a bit. Seeing our little community be able to make a difference during all this really strikes a chord with me – and I’m sure most of our readers. I know that I speak for all the ‘nobz when I say giving our support is the least we can do to take care of one of our shops – and our people.

MP: I grew up in games stores. It’s how my dad and I bonded when I was younger and he is who got me into Warhammer to begin with when I was…I think 12? Game stores mean a lot to people. It’s more than just a place to hang out and buy your plastic crack, it’s a second home to a lot of people. Sometimes even the only home they feel they have. And I love this store. It’s why I came back when it looked like it was going to close. This place and all of you are family. And it’s just been an amazing thing to see it become what it has. I love what I do for a living and it’s not lost on me how fortunate I am to be able to say that. And I owe it to all of you that I still get to do it.

Another big thank you to Matt for taking time to speak with me today. During times like this, community matters so much more – and all of us in the Wargaming community should take a moment to reflect on the differences we can make so easily.

Gene is relatively new to Age of Sigmar, and has been playing for a little under a year. While new to the game, he is extremely passionate about the local community and supporting its future growth.